When buying a boat in Spain it is always best to leave the process in the capable hands of a lawyer or an expert in the matter because the legal and fiscal systems are complicated, especially when compared to other countries. For example in the UK the registering process is extremely simple.

Currently frequent checks are being carried out on boats moored in Spanish ports flying Spanish ensigns.  If the owner has a Spanish residence permit then the general rule is that the boat used in Spain should be registered under the Spanish flag.  If the owner has not applied for residency but spends more than 183 days during the calendar year in Spain, he is equally regarded as a resident.  Although initially it may seem difficult to establish the number of days that the boat is on Spanish territory, in reality it is not, as the Civil Guard control the entry into Spanish ports.

What taxes need to be paid by the owner of the boat?

The tax of 4% of the price of second hand boats which are already registered in Spain, is paid to the regional tax office; for example in Andalucía it is paid to the Junta de Andalucía.  It should be kept in mind that there are Government regulations for valuations and therefore to avoid complications later on, it is best to be guided by the published tables.

The buyer has to pay the 4% tax which is paid by completing the form called ‘Modelo 620’ within 30 days after the purchase and presenting it at the bank.  If the purchase is subject to VAT then this tax is exempt, but the corresponding form has to be presented.

The person who is registering the boat must have a NIE number whether he is a resident or not.  The inscription of pleasure craft is registered in the 7th List of the Ship Registry, and the navigation permit has to include the characteristics of the boat with features such as: what it is made of, length, propulsion, engine and fuel, as well as the name of the boat and the identification data, plus the owner’s ID and the navigational qualifications that he has.

The following documentation has to be attached to the application for registration with the Harbour Master:

If the boat has been previously registered in Spain, it is essential to request the information from both the Ships Registry and the Movable Property Registry (which is part of the Commercial Registry); to find out whether there are any charges or encumbrances on the boat.

Where boats which were previously registered in Spain are exported to the UK, it is important to keep all the documents showing the owner of the boat, that the VAT has been paid and the invoice for the sale.  It is also important to de-register the boat both at the Ship’s Registry and the Movable Property Registry. 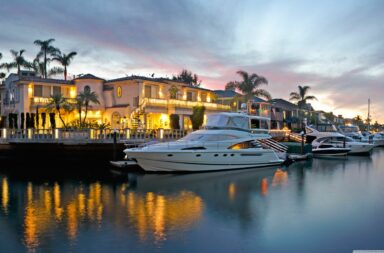