Power of attorney in Spain

What is a power of attorney?

It is a practical and common way of delegating authority. By virtue of the power of attorney the attorney is legally authorised to carry out certain acts on the donor’s behalf, which will have legal implications for the donor.

What are the contents of a power of attorney?

The powers given by the donor may differ substantially depending on the transaction or legal act for which the power of attorney is necessary (civil or criminal litigation, property transactions, corporate transactions, inheritance matters, etc…).

Spanish powers of attorney normally give the donor very broad powers to deal with the specific transaction. As an example, a power of attorney for the purchase of property will often include clauses allowing the attorney to open, close and operate bank accounts, set up direct debits, make payments for the account, arrange utility contracts, pay taxes, submit forms and send and receive notifications to and from different authorities, etc….

This is mainly done for practical reasons so that the attorney may carry out all the necessary completion and post-completion arrangements. It would be very inconvenient for the donor if he had to authorise each arrangement separately. However, the donor is always free to instruct the notary to limit the scope of the power of attorney as much as he wishes.

Are powers of attorney limited in time?

Most powers of attorney do not contain an “expiry date” upon which the document ceases to be valid. This is mainly for practical reasons since sometimes the transaction or legal act may take longer than anticipated and it would be hugely inconvenient if the power of attorney was to expire before the transaction has been completed in full.

Having said that, if the donor so wishes, he may ask the authorising notary to include an expiry date in the power of attorney.

How are powers of attorney terminated?

The power of attorney is also terminated by declared insolvency or loss of capacity of either the donor or the attorney. The attorney is free to resign at any time.

It is always advisable to revoke the power of attorney once the mandate has been completed and to ask the attorney to return to the donor the original Deed of Power of Attorney and any copies that he may have obtained from the Notary’s office.

What are the attorney’s obligations?

The attorney would be responsible for any damages suffered by the donor as a result of the attorney’s negligence.

Sometimes powers of attorney include substitution clauses by which the attorney has the power to appoint a replacement to exercise any or all of the powers given to him by the donor. The donor can ask the authorising notary to remove such clause if he wishes, particularly if he wishes the individual attorney to act on his behalf.

What are the donor’s obligations?

The donor has the obligation to advance to the attorney any amounts which are necessary for the performance of the mandate and to reimburse the attorney (with interest) if he used his own money.

The attorney has the right to retain property belonging to the donor until he has been reimbursed for his expenses or compensated for his damages.

Is there a golden rule?

Yes there is: Powers of attorney always involve a risk, so it is fundamental that the attorney is a reliable individual or professional firm who will follow strictly the donor’s instructions at all times with the utmost diligence.

How do you arrange a Power of Attorney in Spain?

If you are in Spain find your nearest notary and arrange an appointment. You will need to explain to the notary’s clerk the purposes of the Power of Attorney and provide your and your attorney’s personal details (full name, passport or ID number, address, marital status).  When you attend the notary’s office always bring  your passport with you.

How to arrange a Power of Attorney in the UK?

Contact a Spanish lawyer in the UK for advice. A 2016 ruling by the Spanish legal authorities states that Powers of Attorney (POAs) witnessed by British notaries public are not longer valid in Spain because British notaries do not have the equivalent function of Spanish notaries. This ruling may contravene the Hague Convention, but whilst it stands it is not possible to get a POA in the UK. 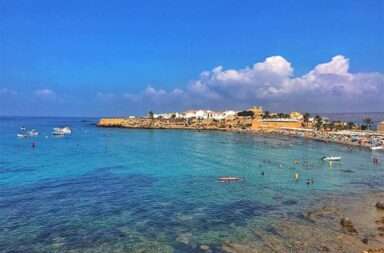