If you have bought a house at a «bargain» price, the tax authorities penalise you by requiring you to pay more ITP (property tax). But if you have sold a flat «cheaply», the tax authorities also punish you, forcing sellers to pay tax on a higher capital gain in their personal income tax than declared, because they consider that the deed value is not the market value. It can happen, however, that the seller has no way of knowing the value verification and must rely on the tax authorities. Now a court has ruled in favour of the taxpayer, considering that he has the right to examine the value assessment made on the buyer.

When a house is sold, the seller must declare in his IRPF the capital gain or loss obtained, for the difference between the acquisition value (purchase) and the transfer value (sale). The latter is the value actually paid in the transaction, unless it is lower than the market value. And to check whether there is a difference in price, the Inland Revenue uses the values checked by the Autonomous Regions for buyers of a property at a lower price than that estimated by the corresponding Autonomous Region. And this, in order to charge them more Transfer Tax (ITP).

For example, a taxpayer sells a flat for 100,000 euros and declares the corresponding capital gain (due to the difference between the purchase price and the sale price). At the same time, the buyer receives a value check that the seller is unaware of. The regional administration on duty considers that the property is not worth 100,000 euros, but 180,000 euros. And it settles the corresponding ITP with the buyer.

«The problem comes when the Tax Agency becomes aware of this value check and tries to impose it on the seller, so that he pays more in personal income tax due to a higher capital gain. And all of this without the valuation made to the buyer by the corresponding Autonomous Region appearing in the file opened against the seller,» points out José María Salcedo, partner at the Ático Jurídico law firm.

This is a practice that generates great defencelessness for the taxpayer. For this reason, the Regional Economic-Administrative Court (TEAR) of Castilla y León has ruled in favour of the taxpayer (in a lawsuit won by Ático Jurídico): it understands that the seller has been left defenseless, after having a valuation imposed on a different taxpayer (the buyer). And all of this without even giving the seller the opportunity to examine the valuation in order to be able to challenge it.

Specifically, the TEAR, basing itself on article 102 of the General Tax Law (LGT), has declared that «in the present case, the valuation report of the Generalitat Valenciana used by the Managing Office is not notified in the limited verification file, nor is it included in the file sent to this Court, so it is not possible to examine the correctness of the liquidation by the interested party and without him being able to know sufficiently the reasons for the administrative decision».

Thus, it considers that the tax assessment should be annulled and the procedure should be reversed, so that the valuation report can be included in the file, and after the pertinent allegations, the corresponding assessment can be issued.

«We are dealing with an issue, that of notifying the seller of the valuations resulting from the value verification proceedings, which is expressly dealt with in the new Anti-Fraud Law, which is going to be approved in the near future», Salcedo points out, adding that the Draft Law plans to modify article 46.2 of the Value Tax Law. 2 of the Transfer Tax Law, which will stipulate that «when the new values may have tax repercussions for the transferors, they will be notified to them separately so that they can challenge them in reconsideration or in economic-administrative proceedings or request their correction by means of a contradictory expert appraisal and, if the claim or correction is upheld in whole or in part, the resolution issued will also benefit the taxpayers of the Transfer Tax and Stamp Duty».

In other words, the draft law foresees the express notification of the new valuations made by the regional administration to the sellers of real estate so that they can challenge them in due time and form. 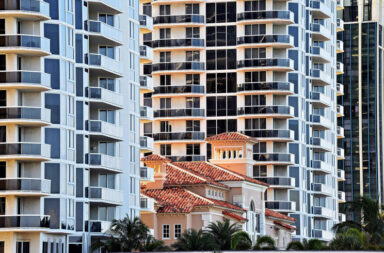