Late payment of rent, poor care of the property and clashes with neighbours are the three most common non-compliances of Spanish tenants. And modifying the LAU to make it more punitive is the main solution that the six real estate networks participating in this mini-survey believe could reverse the situation.

«I remember a client who rented his house to a young couple with a small child who had just arrived in the city with a job in a shop. They paid the deposit, and in the first month the problems started: he was selling drugs in the flat, threatened the property owner with calling the police if the supplies were cancelled or they entered the property…». Alberto Murcia, General Manager of Realtyplus, shares an experience lived in his network: «In the end, the property gave them money to leave the flat, which they left in a terrible state, but the enemy that flees the silver bridge».

Like most of his colleagues, Murcia insists on the importance of proper tenant selection, but it is well known in the sector that pre-selection work is not enough: many people show a very different face during the contracting phase and the termination of the rental contract. Problems are inevitable.

That is why Alfonso Soler, director of SOLER & ASSOCIATES, argues that «to mitigate these breaches, the only applicable measure would be a modification of the law with stiffer penalties for the tenant in the event of non-compliance».

«A good regulation would help a lot so that both landlords and tenants do not take advantage of each other», says Juan José Jareño, Manager of Look & Find Moratalaz in Madrid: «When a process is opened, the administrative and management incompetence of the Administration does not help at all. The resolution slows down so much that the economic consequences end up being borne by one of the two parties».

As an alternative to this block, Christian Fisher, CEO of Costa Blanca Realty, points out the need to «make the resolution of conflicts more agile, organising it through consumer arbitration in town halls».

Although less common, the COVID crisis has also increased the worst version of this non-compliance: «The non-payment of rents or supplies, refusing in turn to leave the property despite the contractual non-compliance». This is described by Beatriz Martínez López, from the Legal Department of Red Piso, who also proposes as measures «to give security to the owner, to analyse the solvency of the tenants so that they can respond in the event of non-payment or to take out insurance».

The usual is that they cover six to twelve months of the unpaid rent, depending on the policy: «The greater the guarantee contracted, the higher the cost of the annual premium, but these are not very high expenses and they are also deductible in rent», recalls Matarranz.

«It is relatively common to find tenants who are very demanding when they move in and very lax when they move out». Matarranz’s graphic explanation refers to the handover of a property that the owner finds it difficult to recognise due to the damage to the furniture and electrical appliances, stains and holes in the walls or scratches on the floor.

Once again, the owner is faced with a situation that is difficult to solve, but making use of the tools at his disposal helps to mitigate it. Matarranz points out that it would be advisable to «reflect in the contract the state of delivery of the property, by means of a detailed photographic annexe, for example. He also points out the existence of insurance «that partially covers certain damages caused by tenants. And, in general, the higher the security deposit provided by the tenant, up to a maximum of three months according to art. 36.5 LAU, the better the landlord will be supported, in the event of having to deduct amounts for damages attributable to the tenant». 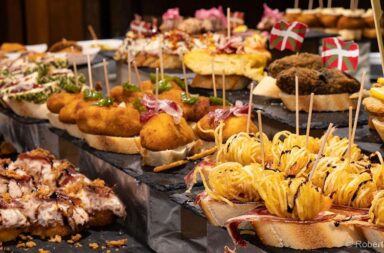